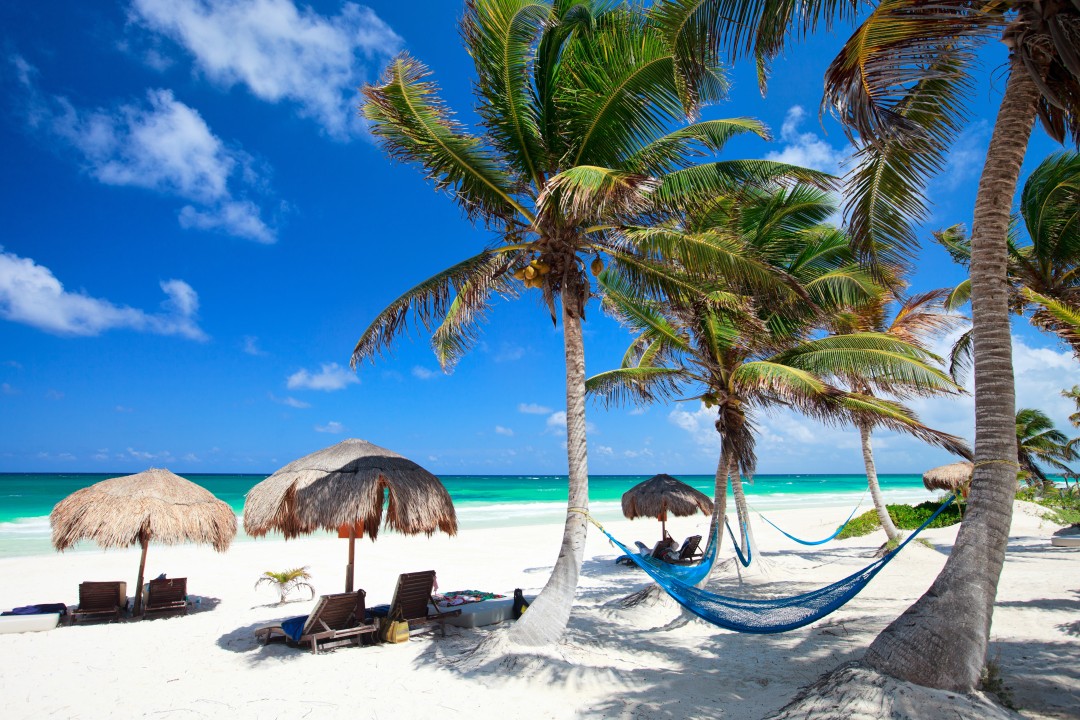 The Caribbean has a colorful history as well as a fun and vibrant culture. The Caribbean is known for all types of music such as Soca, Calypso, and Reggae. There are also special dancing, festivals, and parades held each year on the Islands. Many beautiful sea creature live in these warm tropical waters and sandy beaches are plentiful. The Caribbean Sea is a sea of the Atlantic Ocean located in the tropics of the Western Hemisphere. It is bounded by the Yucatán Peninsula of Mexico and Central America to the west and southwest, to the north by the Greater Antilles starting with Cuba, to the east by the Lesser Antilles, and to the south by the north coast of South America. The entire area of the Caribbean Sea which is one of the largest seas in the world, the numerous islands of the West Indies, and adjacent coasts, are collectively known as ‘the Caribbean’. The name “Caribbean” derives from the Caribs, one of the dominant Native American groups in the region at the time of European contact during the late 15th century. Due to the abundance of sunshine, year-round tropical temperatures moderated by the almost constant trade winds, and the great variety of scenic destinations to visit, the Caribbean Sea is a popular tourist destination. As of 2015 the area is home to 22 island territories and borders 12 continental countries.

Some Facts about the Caribbean:

Many of the people living on the Caribbean Islands love meeting new people and making friends. Many islands offer a complimentary People-To-People Experience, in which you’ll be paired with a local ambassador who will show you the island’s culture and way of life. Below is a sample of some of the islands individual programs. These programs offer visitors and new residents seeking local, authentic experiences to immerse themselves in the destination’s vibrant culture through meeting island ambassadors.

Learn About The Bahamian Ambassador Program

This free program lets you experience Bahamian culture and cuisine as well as learn more about the history and develop long-lasting friendships with many of the Bahamian ambassadors.

To join, speak with the tour desk at your hotel, visit the nearest Bahamas Tourist Office or use the online registration forms below.

Become A Guest In Our People-To-People Experience

Let us know which island(s) you would like to visit and what your interests are. We will use this information to pair you with a Bahamian ambassador who will enhance your vacation experience by sharing our way of life with you.

Lots to "sea" and know when taking four paws to the Islands. The Caribbean Pet is the ultimate resource for moving and vacationing in the Caribbean with your pet.

We highlight one of the Caribbean islands each month and give you island insider tips, fun dog day itineraries, and share local lore and recipes of the island. We work with the local chamber, restaurants, and businesses to highlight what makes each island unique for visitors and residents alike.

We can offer you a custom itinerary package and travel plan for each individual Caribbean Island. We will help you with the proper health certificate per each island's requirements, find the best air or sea route, and provide custom's assistance. On certain islands we can even arrange for pet taxi, boarding, and veterinarian services. We also specialize in assisting private yacht captains and recreational boaters in creating an island hopping itinerary. We provide advance notification into port and take care of health documentation, customs, and import permitting.